We are very pleased to announce our first event of the year! On 19 January from 5-7pm we will be focusing on the role that social media and ICTs can play in peacebuilding!

We have an exciting programme! 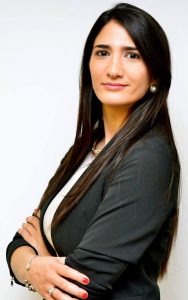 First, Diana Dajer will give a presentation entitled: ‘Cracking the Code of Tech for Peace: International Perspectives of Peacetech’. Diana is Director of Colombian Institute of Studies of the Public Ministry, working at the intersection between public innovation, education and participatory democracy to guarantee human rights, fight corruption and improve public services. Social and political inclusion in post-conflict societies is Diana’s main interest. Her career is rooted in Colombia and Latin America’s state-building efforts, working in projects involving democratic innovation, human rights and conflict transformation. Before her current position as a public servant she founded and directed Policéntrico, a start-up that fosters sustainable development and participatory democracy in Colombia. She has also been a Build Peace Fellow, where she conducted a research for action project to design Our Development, a participatory budgeting game and tech tool for Medellín. Likewise, she has also worked as an advisor for the Colombian Ministry of Interior, as Project Manager of the Konrad-Adenauer-Stiftung’s Rule of Law Programme for Latin America, as a researcher for the Toledo International Centre for Peace, and as a consultant at Purpose. She holds a degree in law, a graduate degree in administrative law, and a master’s degree in public policy. She is also a PhD candidate at the University of Oxford, a Skoll Centre for Social Entrepreneurship Research for Action Awardee, and a Colciencias Scholar. 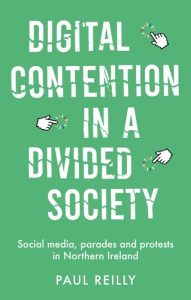 How are platforms such as Facebook and Twitter used by citizens to frame contentious parades and protests in ‘post-conflict’ Northern Ireland? What do these contentious episodes tell us about the potential of information and communication technologies to promote positive intergroup contact in the deeply divided society?

These issues are addressed in what is the first in-depth qualitative exploration of how social media were used during the union flag protests (December 2012-March 2013) and the Ardoyne parade disputes (July 2014 and 2015). The book focuses on the extent to which affective publics, mobilised and connected via expressions of solidarity on social media, appear to escalate or de-escalate sectarian tensions caused by these hybrid media events. It also explores whether citizen activity on these online platforms has the potential to contribute to peacebuilding in Northern Ireland.

Feel free to join us! Just email catherine.arthur@manchester.ac.uk to register your interest!

Our feature image is by Rami Al-zayat on Unsplash