The role of media in peacebuilding environments is critical, yet difficult to put in practice and to be coordinated.

How could journalists and media houses they work for be better equipped to report in a way that enhances the prospects of peacebuilding?

Media can play a constructive and proactive role in peacebuilding with its ability to direct public attention towards negotiations and enhance the exchange of information among parties, but also by engaging communities and citizens (See Galtung, 2002; Howard, 2004; Lynch & McGoldrick, 2005; Shinar, 2007).

Peacebuilding should not only be seen as an institutional endeavour but an experiential one. Among its primary goals, there is the one to develop the potential for sustainable peace by providing experiences that will lead local people to support this process of transition (See Millar, 2014).

The field of peacebuilding is wide and complex embracing actors from different arenas (See Schirch, 2004, pp. 5–6):

The above are some actors in peacebuilding. There is though one important player that has not been considered so far or, at least, that has not yet received that much emphasis: the media sector.

The press could and should be seen as an important actor when designing peacebuilding strategies. Not solely an actor, but as well as a forum, an arena, a space to converge the different and various peacebuilding voices and ideas.

As Lisa Schirch pointed out, the many existing peacebuilding actors use different languages to make sense of their work, talk about their values and describe their activities with their own theories of how social change happens.

For example, some speak of the need for law and order, others of spiritual healing, human rights and social justice, a return to traditional values, conflict resolution skills, development education, or a combination of all them (See Schirch, 2004, p. 6).

In practice, she says, they may work in the same area yet they might have never coordinated their approaches.

Building a just and sustainable peace entails that the various actors and actions are coordinated.

Media can serve as an ally to bring together the different and even diverging understandings of approaches to peacebuilding. And, moreover, to bring on the same arena parties and players of the conflict that might be urging to have their grievances, sorrows, regrets, complaints, and disappointments heard.

By definition, peacebuilding seeks to prevent, reduce, transform and help people recover from violence in all forms.

It also aims at empowering people to foster relationships at all levels that sustain them and their environment.

Peacebuilding supports the development of relationships in all dimensions of society, between individuals and within families, communities, organisations, businesses, governments, cultural, religious, economy and political institutions.

When people connect and form trusting relationships, they are more likely to cooperate together to constructively address the conflict (See Schirch, 2004, p. 9).

The idea of ‘creating space’ for peacebuilding is key, said Schirch, a space where people can share their successes and challenges (See Schirch, 2004, p. 11). 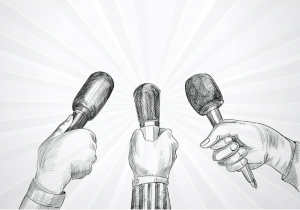 This brings us to appraise a brand-new discussion being put forward by Pukallus (forthcoming) on discursive civility and safe spaces for peacebuilding.

It is only through safety that the transformative capacity of communication can be exercised.

In order to shape a safe space, rules of ‘discursive civility’ should apply, according to Pukallus (forthcoming):

Noting that such ‘rules’ do not intend to regulate the content of the communicative processes but the modes of expression and engagement in which their content can be expressed.

“Only when the rules of discursive civility act as a guarantor for safety will citizens feel confident to take the risk to engage in transformative communicative acts as the basis for the reimagination of the former enemy as a co-citizen” (Pukallus, forthcoming).

Discursive civility then moderates and empowers people to be confident to engage in communicative interaction (Pukallus forthcoming).

Fostering the media sector in those environments as safe, inclusive and respectful discursive spaces would then be crucial.

Media development may contribute as one important and relevant approach to the multifaceted and complex peacebuilding field, as well as to addressing violence while bringing about long-term structural change.

An essential dimension of media development has been capacity-building with a goal of strengthening the media sector and the journalism industry in a context-based setting.

What is Media Dev?

The field of ‘media dev’ is a subgroup under the broader development and communication umbrella. It can include a range of activities designed to support media organisations. The most common and well-funded area is journalists’ training.

It has elements that include initiatives for improving journalistic quality skills; promoting economic viability and sustainability; and strengthening institutional infrastructure and regulatory framework for media to thrive. It also embraces efforts to promote citizen’s voice in a more participatory way (See Noske-Turner, 2017).

As Manyozo once described, it consists of organised efforts at supporting and building the capacity of media institutions, policies, structures and practices as pathways towards consolidating citizenship and good governance, building fragile democracies as well as enhancing sustainable development initiatives (See Manyozo, 2012, p. 113).

Some scholars have contended that media development assistance has “pushed Western blueprints for media and news journalism” that may not be the most appropriate for a given context (See Scott, 2014, p. 80).

Others argue that media dev’s greater knowledge challenge is to create the possibility of concerted, strategic, and global action that is driven by the needs and desires of local communities (See Benequista et al., 2019, p. 7).

Some points of departure for this discussion should begin by considering that conflict is not necessarily a synonym for violence per se – as violence is one possible response to conflict.

Additionally, there is a need for media to be ‘literate’ (see UNESCO, 1980, p. 77) about non-violence responses in their context so as to foster its potential for bringing about change and to see the contradictions in a conflict with a new light and perspectives.

Media could embrace the notion that a just peacebuilding to locally transform a conflict (see Lederach, 1997) could be approached in its work and that the idea of reconciliation that centres on the restoration of broken relationship is a crucial ingredient for a sustainable peace.

Peace does not just happen, it is a process that is built when people take great care in their decision-making to plan for the long term, as well as anticipating potential problems, engaging in analysis of the conflict and local context, and coordinating different actors and activities in all stages of conflict and at all levels of society.

It works toward a long-term vision of a just peace, it is also based on a realistic assessment of the complex challenges in the immediate context (See Schirch, 2004, p. 9).

Peacebuilding requires a combination of approaches and visions to peace through a connecting space for collaboration  (See Schirch, 2004, p. 11), such space for cooperation could be offered and boosted by the media sector.

Developing a local ecosystem for media to thrive should be an important approach for shaping and developing peacebuilding solutions.